A Short History of the Underground Railroad 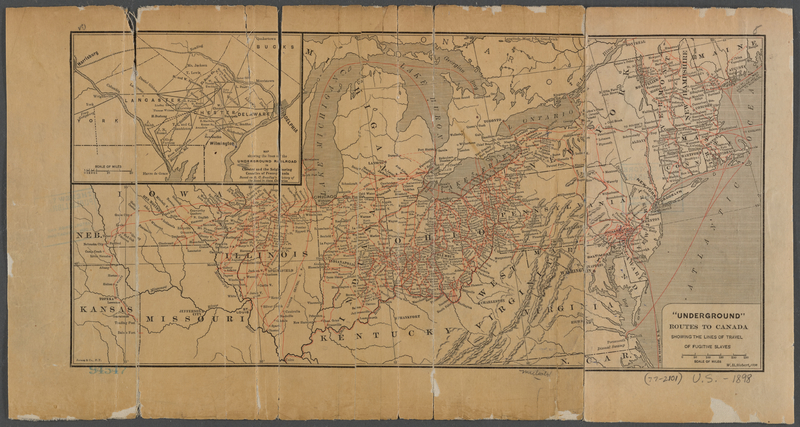 This map traces the Underground Railroad routes across the Midwest and Northeast of the United States. It orginally appeared in Wilbur H. Siebert, The Underground Railroad from Slavery to Freedom: A Comprehensive History (New York: The Macmillan Company, 1898), 112. Source: New York Public Library Digital Collections.

This map of the Underground Railroad routes in New York is adapted from E.B. Bensell's map from Wilbur H. Siebert's The Underground Railroad from Slavery to Freedom: A Comprehensive History. It was reproduced in A History of the State of New York, edited by Alexander Clarence Flick (1869-1942), a historian and university professor at Syracuse University. 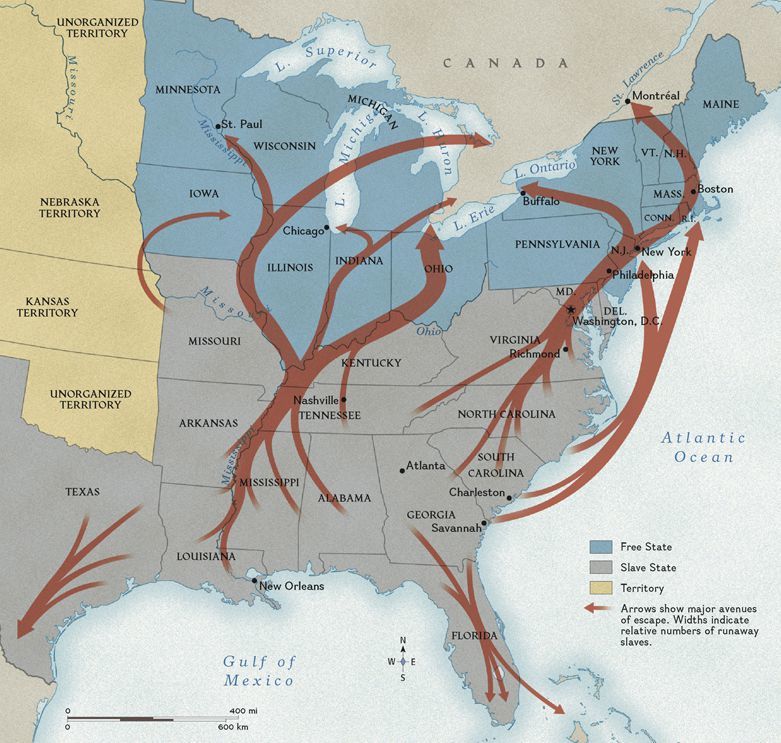 The Underground Railroad was a covert network of people, routes, meeting places, transportation, and safe houses that stretched across the Midwestern and Northeastern United States during the nineteenth century. African Americans used this system, both secret and well-known, to escape from slavery in the South into free states in the North and Canada.[1]

The Underground Railroad was neither underground nor was it a railroad. “The picture that emerges from recent studies is not of the highly organized system with tunnels, codes, and clearly defined routes and stations of popular lore,” states Eric Foner, “but of an interlocking series of local networks, each of whose fortunes rose and fell over time, but which together helped a substantial number of fugitives reach safety in the free states and Canada.”[2] This network helped to free thousands of enslaved persons.

Routes stretched from Iowa and Illinois through Ohio and Pennsylvania and into New York and New England. As Fergus M. Bordewich notes, “in practice, the underground was a model of democracy in action, operating in most areas with a minimum of central direction and a maximum of grassroots involvement, and with only one strategic goal: to provide aid to any fugitive slave who asked for it.”[3] Some traveled by boat or train but many made the journey on foot or by wagon, concealed from view. Often travel occurred at night, and during the winter with its short days and long dark nights.

The conductors, stationmasters, and operatives of the Underground Railroad were black and white abolitionists and members of free black communities who provided crucial assistance to individuals seeking freedom. New histories of the Underground Railroad reveal the importance of black involvement in the clandestine operations for freedom. “Blacks, enslaved and free, operated as main actors in the central drama of the Underground Railroad,” argues Cheryl Janifer LaRoche. “Extended families populated black communities and filled black churches at the heart of the movement.”[4] These women and men were of varied Christian denominations including Baptists, Congregationalists, Methodists, Presbyterians, and Quakers. They shared the belief that slavery violated fundamental principles of their faith, and they felt compelled to intervene.[5]

Historians believe the term Underground Railroad first appeared in the 1830s. By the 1850s, both Northerners and Southerners used it. Foner outlines the history of the term: “One account attributes its first use to an article in a Washington newspaper in 1839, quoting a young slave who said he hoped to escape on a railroad that ‘ran underground all the way to Boston.’ Whatever its origin, the phrase soon became ubiquitous. In 1842, an Albany abolitionist newspaper reported that twenty-six fugitives had passed through the city, and that ‘all went by the underground railroad.’ By 1853, the New York Times could observe that the underground railroad had ‘come into very general use to describe the organized arrangements made in various sections of the country, to aid fugitives from slavery’.”[6] What is clear is that Harriet Tubman did not originate the Underground Railroad, a popular myth often recited in children’s literature, but stepped into an established system.

[6]Foner, Gateway to Freedom, 6. See also Blight, “Introduction: The Underground Railroad in History and Memory,” in Passages to Freedom, 3.